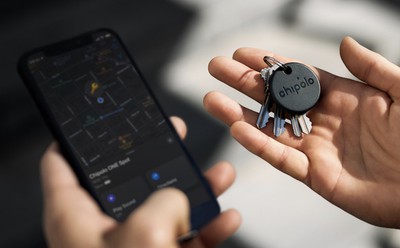 Last month, Apple opened up its Find My app to third-party device producers, permitting third-party products to be tracked in the Find My app right along with Apple gadgets.
Chipolo is among the very first brands to use this performance with its new ONE Spot item tracker, which is now offered to pre-order in the United States and many other countries, with rates set at $28 separately or $90 for a 4 pack. This somewhat damages the cost of an AirTag, which costs $29 individually or $99 for a 4 pack.
Just like the AirTag, users can attach a Chipolo ONE Spot to their secrets, wallet, knapsack, or other items and track the place of those products in the Items tab of the Find My app. Like the AirTag, the Chipolo ONE Spot has an integrated speaker that can play a sound when misplaced, and it has an exchangeable CR2032 battery for up to a year of battery life.
Both the AirTag and Chipolo ONE Spot can take advantage of the Find My network, suggesting that if among almost a billion customers with an iPhone or other Apple device comes within close proximity of a lost AirTag or Chipolo ONE Spot, the place of the tracker can be passed on back to its owner, all in the background, anonymously and independently.
Unlike the AirTag, nevertheless, the Chipolo ONE Spot does not have Ultra Wideband assistance, and hence lacks the Precision Finding feature that shows iPhone 11 and iPhone 12 users the specific range and instructions to their AirTag. The Chipolo ONE Spot likewise has IPX5-rated water resistance, while the AirTag has greater IP67-rated water and dust resistance.
One benefit of the Chipolo ONE Spot is that it has a built-in hole for connecting it to a keychain. When you aspect in the rate of both an AirTag and an AirTag device to attach it to products, the Chipolo tracker has greater value.
Chipolo ONE Spot pre-orders will begin delivering in June.
( Thanks, Leonard!).