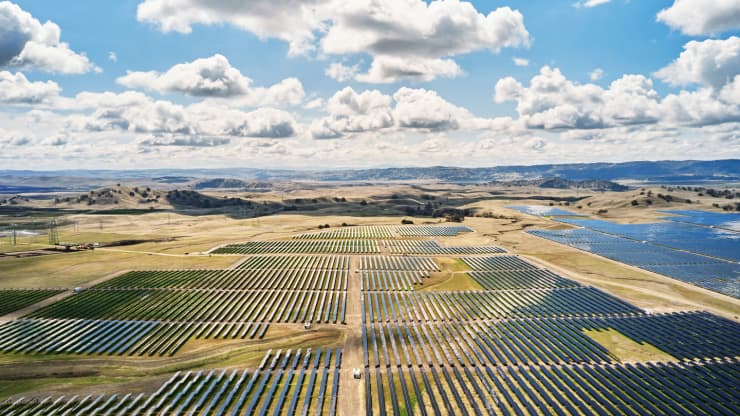 Apple has recently announced that it is planning a large battery installation project at its solar farm in Northern California.

The solar farm is called The California Flats Solar Project. It’s located in southeastern Monterey County. Built by a subsidiary of First Solar, this solar power plant boasts an impressive size of 280 Megawatts and was completed in 2019. The power generated by this farm is purchased by both Apple and Pacific Gas and Electric.

While it has not yet been publicly announced that Apple is purchasing battery systems from Tesla for this project, this information leak comes from documents sent to the Monterey County Board of Supervisors. More specifically, Tesla is selling their “Megapack” battery system. This is their utility size energy storage system. According to the documents, there will be 85 Megapacks supplied offering a total of 240 Megawatts of storage capabilities.

“The challenge with clean energy — solar and wind — is that it’s by definition intermittent,” – Apple VP Lisa Jackson said “If we can do it, and we can show that it works for us, it takes away the concerns about intermittency and it helps the grid in terms of stabilization. It’s something that can be imitated or built upon by other companies.”

It has been estimated that monetary value of this battery storage project is more than $50 million. That’s certainly significant business that Apple is giving Tesla despite their ongoing talent acquisition rivalry. It’s also a sign that Tesla is still the leader in the energy storage industry, and probably will be for some time to come.

This is certainly a smart and important project for Apple. The company knows that not only is battery storage a vital part of the transition to sustainable energy, but it also just makes good business sense. They’ve done the math and have seen the savings they will realize over the long term. Also, like Apple VP Mrs. Jackson mentioned, this is good PR for the company and shows the company taking the lead on actions that other companies can now more confidently take.