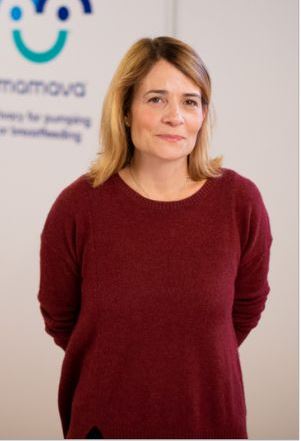 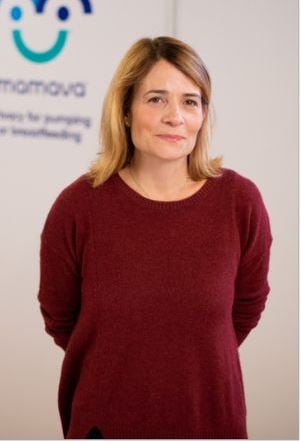 Earlier this year, we sat down with Sascha Mayer, CEO and Co-Founder of Mamava, Inc., a fellow B Corporation and women-owned company dedicated to transforming the culture of breastfeeding. Over the past several years, Sascha and her co-founder Christine Dodson have built a successful, mission-driven company that advocates for and empowers women in society and in the workplace, and we are so honored to have had the opportunity to chat with Sascha as part of this interview series. Check out our conversation below:

KSV: Tell us a bit about your background, particularly prior to co-founding Mamava. How do you feel that your pre-Mamava work experience prepared you for where you are now?

Sascha: Sure. I think there’s a bit of a convergence in my background story between good policy and design, because my very first job out of school was actually working for Bernie Sanders in his congressional office. I was working for him really at the ground floor, answering phones, doing some PR assistance, traveling the state. I learned so much from that experience around the importance of policy that really influences people’s lives.

After some time there, I got a job at JDK Design (now called Solidarity of Unbridled Labour), and kind of worked my way into what was at that time an emerging field around brand strategy… So those two things kind of converged to Mamava, because it was about using design to solve a real world problem. My co-founder Christine Dodson and I were lucky enough to be able to be entrepreneurs in the design studio, as we were thinking about Mamava and developing the brand first and then slowly validating that we could create a product that would solve a specific problem. When it came time for us to kind of go out on our own, we had such a strong running start with the background at the studio and the connections we made and even more so in that practice of brand strategy.

KSV: At that moment when you and Christine decided to go out on your own together, did you find that you were navigating any kind of fear? Or was there absolute conviction, like “this is the right thing for us to do and like now is the perfect time?”

Sascha:  We were really working on it for quite a long time but when you incubate these ideas while working within another business that has client work, it sort of gets focused on when there’s time. There could have been literally months and months that went by where we didn’t do anything on Mamava and then, we’d get a little bit of a break and put some energy behind it. At the time, there was legislation (The Fair Labor Standards Act) that was starting to appear that made the business case for having spaces dedicated for lactation.

And that’s when this little idea kind of became, “Oh, we have a business here that we think that we could actually get funding for, and it’s not just a good idea and the right thing to do, it’s actually something that could solve a problem that people really need and are going to be willing to invest in.”

KSV: When Mamava first started out, what products and services were you providing and how has that evolved?

Sascha: It basically was a lactation pod prototype in the Burlington International Airport. And we put it in on a handshake because we knew the director and we knew that there was a need there because we were constantly traveling in and out of there for our business with the design studio. That was it for a while, but we did realize pretty soon that we wanted to show scale for the concept and also enable moms to find our units.

We came up with the Mamava App pretty soon after, and we knew that in order to show scale, we wanted to put other public lactation spaces on it. So there was sort of a dual purpose of engaging the mom audience to participate in what we were doing and crowdsourcing other locations.

At the baseline there was that first pod. And then there was a very simple search app. But since then, we’ve understood that there are so many applications for our products and solutions. What materialized very quickly is that these rooms were needed anywhere moms go or work, which is everywhere… We have units in airplane hangers, and we have them in big warehouse distribution centers. And then we also have them more in smaller environments, sort of back of the house in banks, for instance. We needed units that were wheelchair accessible. We needed units that had a smaller footprint that would really only be used for pumping and not a place where you’d have a stroller and a baby and you’d actually be breastfeeding.

And then we needed to evolve the app to kind of help us to manage access. It became not only about moms searching for, rating their experience and finding lactation rooms, but now we have technology in the lactation units that moms can access via the app.

KSV: What was the biggest challenge that Mamava had to overcome when establishing the brand and its value to both moms and commercial customers?

Sascha: In the beginning there was a ton of education necessary (especially for commercial customers). I think it worked to our advantage because we had lived it ourselves. And to be honest with you, I think Christine and I felt shocked that no one else had solved this problem before us.

There was also some education on our end around explaining the difference between pumping and breastfeeding, and also not wanting anyone to feel like we were all about hiding this thing (lactation). It was about really celebrating it and giving moms a choice. That was the biggest challenge in the beginning.

Sascha: Yeah. And it’s again, striking while the iron is hot and kind of just turning that up. We have a collaborative partnership with Medela, a breast pump company, and a program called New Moms’ Healthy Returns. And we’re being more front-footed about our outreach to policymakers in that capacity and also in the business community. And then Christine is a board member of Let’s Grow Kids and I’m a board member of Vermont Businesses for Social Responsibility. So again, trying to use the momentum we have, because – especially in light of the pandemic – the need is so obvious.

KSV: Speaking of COVID-19, with all that has happened as a result, and with the way that running a business and just business strategy in general has changed, what do you think success looks like in the next several years?

Sascha: I think that success looks like more equity for all people and specifically women in the workplace, through both policies and just a rebalancing of what it means to work outside the house.

I think that success will be equity across the board, for whatever kind of parenting you do… and I’m optimistic… I think that our business will continue to scale up as the economy recovers and hopefully it’ll just be normalized that you need to have sufficient lactation accommodations because women are really important. And without parents, there is no economy and future.

Thank you so much, Sascha! You can learn more about Mamava, and the important solutions and support they’re providing for mamas everywhere, here.