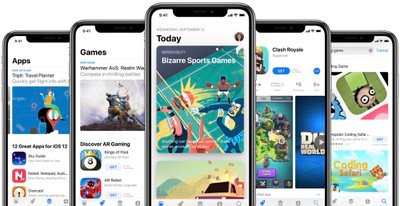 At the time, Temple Run was an extremely popular iOS exclusive title, and in February 2012, a fake version of Temple Run struck the App Store charts. Schiller sent out an e-mail to Eddy Cue, Greg Joswiak, Ron Okamoto, Phillip Shoemaker, Matt Fischer, Kevin Saul, and others on the App Store group. “How does an obvious rip off of the incredibly popular Temple Run, with no screenshots, garbage marketing text, and nearly all 1-star scores end up being the # 1 free app on the shop?”
Phil Schiller in 2012, after a rip-off app struck # 1: “What the hell is this?????
… Is no one reviewing these Apps?

Phil Schiller in 2012, after a rip-off app hit # 1: “What the hell is this?????
… Is no one reviewing these Apps? Is nobody minding the shop?” pic.twitter.com/pNaozl6hv1
— Patrick McGee (@PatrickMcGee_) May 3, 2021
Because that 2012 rant, App Store reviewers have continued to have problem with knockoff apps that imitate genuine apps. A second file highlighted Minecraft knockoffs that had made it into the App Store not once, but two times, and was consuming Minecraft sales, and in a 3rd 2015 file, Schiller comments that he “cant believe” that Apple does not have automated tools to find and kick out scam apps.

…” and PLEASE establish a system to immediately discover low rated apps and purge them !!” pic.twitter.com/fhFvja7vXs
— Jacob Terry (@jerkob) May 5, 2021
Fraud iOS apps that defraud users and mimic real apps continue to be a problem to this day. In recent months, designer Kosta Eleftheriou has actually required to speaking up against fraud apps and highlighting significant frauds in the App Store, bringing extra attention to the issue.

Knockoff apps have actually long been an issue in the App Store, with rip-off apps sneaking past reviewers to take on genuine apps and steal sales, and back in 2012, Apples Phil Schiller was absolutely furious when a fake app made it to the top of the App Store rankings, according to files shared in the Epic v. Apple trial.
At the time, Temple Run was a super popular iOS unique title, and in February 2012, a phony version of Temple Run struck the App Store charts. Schiller sent out an email to Eddy Cue, Greg Joswiak, Ron Okamoto, Phillip Shoemaker, Matt Fischer, Kevin Saul, and others on the App Store team.
” Is no one reviewing these apps? Is no one minding the shop?” he ranted on, before asking whether people kept in mind a speak about becoming the “Nordstrom” of App Stores in quality of service.