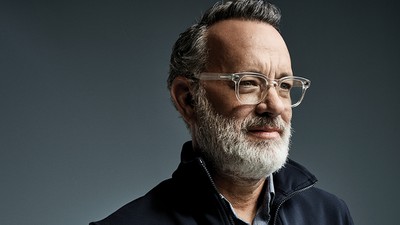 Apple TV+ has won an auction for a new sci-fi movie starring Tom Hanks that will premiere on the streaming service later on this year, according to Deadline. The report states the movie will likely be an awards season contender.
Titled “Finch,” the film is said to focus on a guy, a robot, and a canine that form an unlikely household. Hanks stars as Finch, a robotics engineer who has resided in an underground bunker for a years after being among the couple of survivors of a “catastrophic solar event” that has actually left the world a wasteland, the report explains.
Finch develops a robotic (played by “Get Out” star Caleb Landry Jones) to monitor his pet Goodyear when he no longer can. The trio is stated to embark on a “risky journey into a desolate American West” as Finch finds the joy of living.
The film is directed by Miguel Sapochnik, who “helmed a few of the most ambitious episodes of Game of Thrones,” according to the report. It will be the 2nd movie starring Hanks to debut on Apple TV+ after “Greyhound” in 2015.
Update: Apple likewise announced today that comedy series “Mr. Corman,” created by, directed by, and starring Joseph Gordon-Levitt, will make its worldwide debut on Apple TELEVISION+ on Friday, August 6.