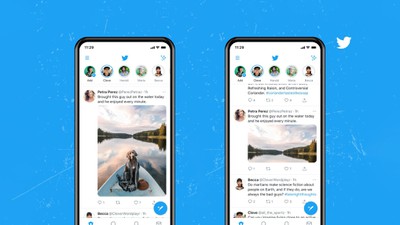 Twitter today announced that the Twitter for iOS app supports larger image sneak peeks in the timeline, which implies tall images will no longer be cropped to a considerable degree in the Twitter app.
Twitter has been testing larger-sized image previews on iOS and Android since March, today the broadened image sneak peeks are rolling out for everyone.
Rather than showing a cropped 16×9 version of a Twitter image in the timeline, Twitter will now show images with 2:1 and 3:4 aspect ratios completely as well. Larger-sized images are readily available on iOS and Android, however image sneak peeks on the web are still cropped.
Last month, Twitter also started supporting the watching and uploading of 4K images on the Twitter for iOS app, enabling higher-resolution images in the timeline.