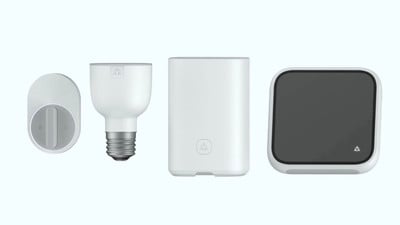 The Connectivity Standards Alliance, which includes major tech business like Apple, Amazon, and Google, today revealed the launch of “Matter,” a new interoperable, safe and secure connectivity basic designed for smart home devices.
Formerly referred to as “Project CHIP,” Matter is a unified IP-based connection procedure that will be used to link and build Internet of Things communities. It is royalty-free and makes it possible for communications between a wide variety of clever devices, plus it works as a seal of approval to make sure that items constructed on this standard are trustworthy, secure, and able to collaborate.
With Matter, consumers and companies can pick the brands they desire in their smart house or industrial building and be positive they will work flawlessly. Homeowners, and especially those living in a clever home with numerous devices like clever locks, thermostats or wise speakers, can quickly add new devices with a Matter mark utilizing a basic setup code to connect their home as one. Companies, especially those that count on connection, can count on one network to keep their operations running smoothly.
Matter ensures that clever home gadgets are compatible with clever house and voice services like Amazon Alexa, HomeKit, Google Assistant, SmartThings, and more, with the very first requirements of Matter working on existing networking innovations like Ethernet, WiFi, Thread, and Bluetooth Low Energy. Matter was created with a number of key qualities in mind:

With Matter, businesses and consumers can pick the brand names they want in their clever house or industrial building and be positive they will work seamlessly. Property owners, and especially those living in a smart house with several devices like clever locks, thermostats or wise speakers, can quickly include new devices with a Matter mark using a simple setup code to link their house as one. Organizations, especially those that rely on connectivity, can count on one network to keep their operations running efficiently.